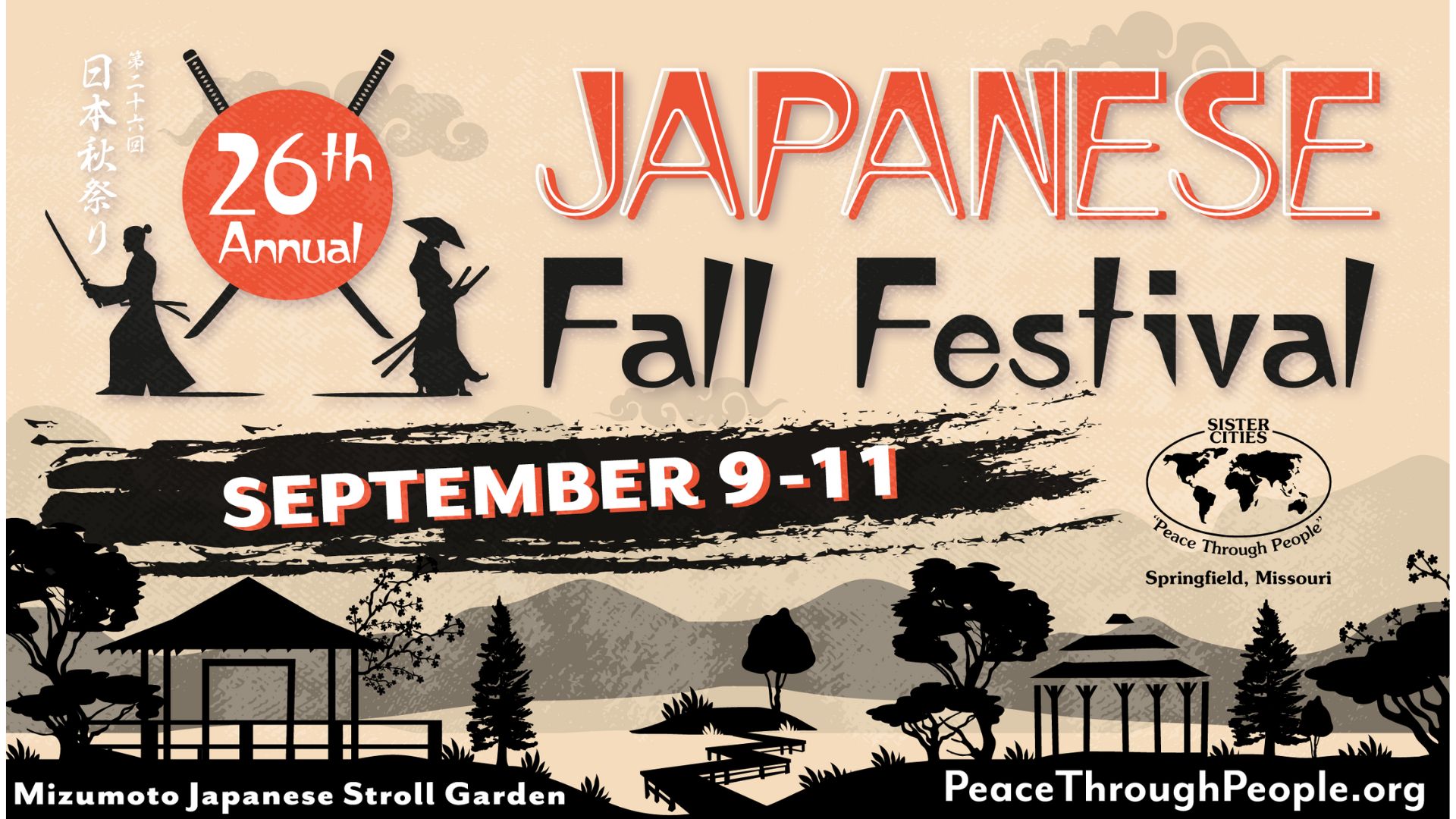 Springfield, Missouri is likely the last place on earth one would think to go for a dose of Japanese culture. Outside of a few Japanese restaurants and sushi hotspots, nothing around here particularly evokes thoughts of sipping Sake in Tokyo. That is unless you head to the 7.5-acre tract of land inside Springfield Botanical Gardens. Just a few steps inside the Mizumoto Japanese Stroll Garden and you’ll swear you’ve entered another world. Peaceful doesn’t even begin to describe the winding paths that lead to a koi lake centerpiece. An arched bridge, zig-zag wooden walkway, and stepping stones draw visitors slowly toward the water, then along lingering paths through lush greenery. This slowness is purposeful, to encourage contemplation and mindfulness.

And it works, we assure you. 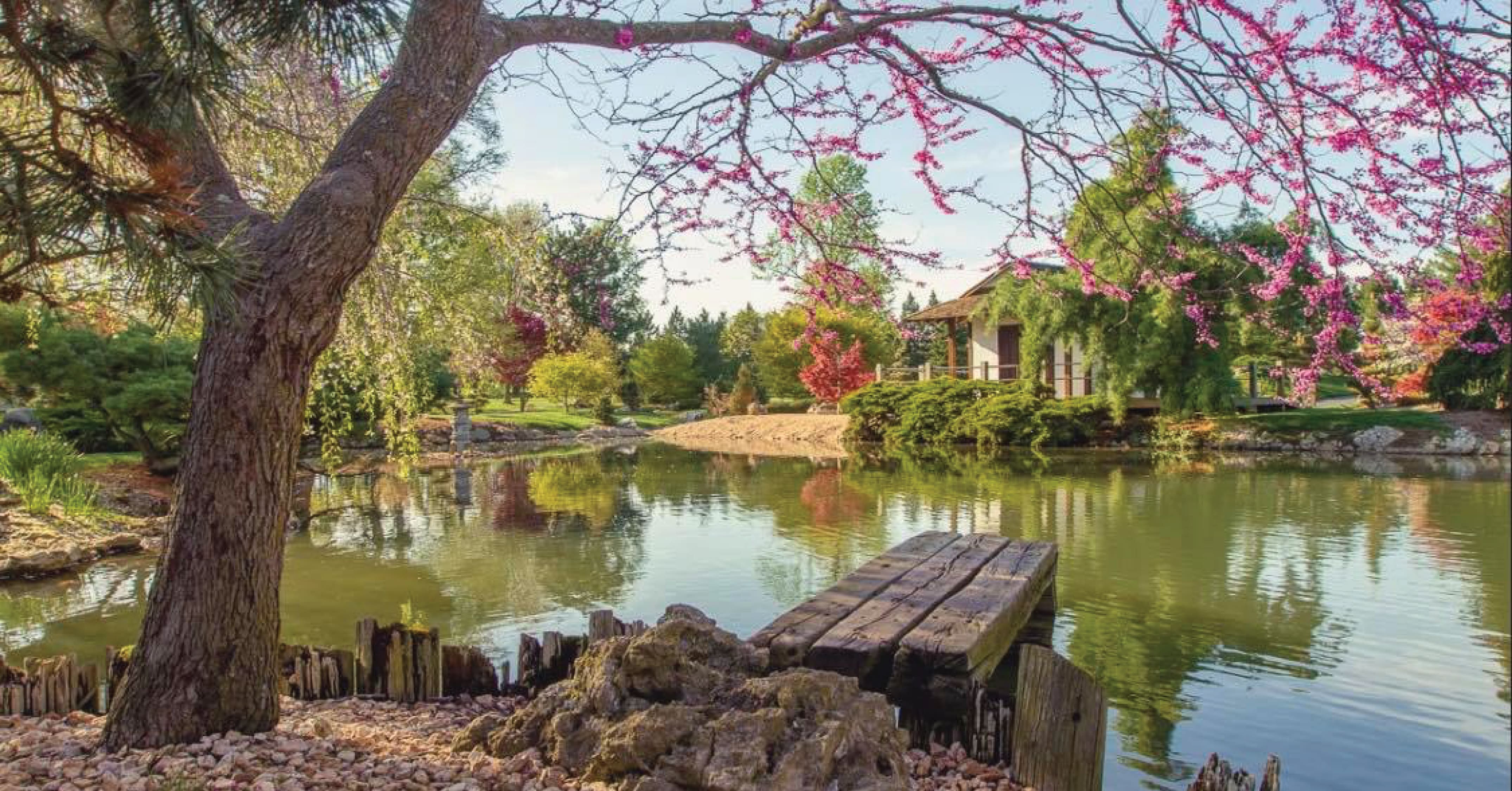 The garden was created back in 1985 and brilliantly reflects the landscape, spirit, and peacefulness of a serene, lush spot for quiet reflection. It’s named after Yuriko Mizumoto Scott, a Springfield resident who was pivotal in helping design the garden and serving as a translator for visiting architects and landscapers who aimed to build the most authentic peaceful garden this far west of the Far East.

Every September the quiet serenity gives way to Samurai sounds as the garden hosts its annual Japanese Fall Festival. The much-anticipated event celebrates Springfield’s 26-year relationship with its sister city, Isesaki, Japan. In fact, a handful of our brothers and sisters from Isesaki bring authenticity in person each year, with vibrant displays of music, dance, art, food, and culture that must be experienced to be believed.

Having been canceled twice due to COVID-19, this year’s festival which will run Friday, September 9th through Sunday, September 11th, is sure to be a doozy, with more activity than ever. And we don’t want you to miss a thing. You’ll find a link to the full schedule below, but we’ll hit some of the highlights here:

Samurai Sword Soul has been wowing audiences with precision skill and vibrant theatrics since 2003. The New York City-based group demonstrates vigorous and emotional TATE (authentic Japanese style) sword fighting, but they mix the Japanese tradition with modern day vibes that feature a good dose of drama and comedy. When the group isn’t performing on television and at live festivals, members choreograph and perform in samurai films.

Seiran Chiba brings a larger-than-life artistic twist to Japanese calligraphy. The artist from Fukushima, Japan found a way to use her art as therapy for survivors of the 2011 Fukushima nuclear disaster. She teaches her large-scale calligraphy to students who consider it a therapeutic form of expression. 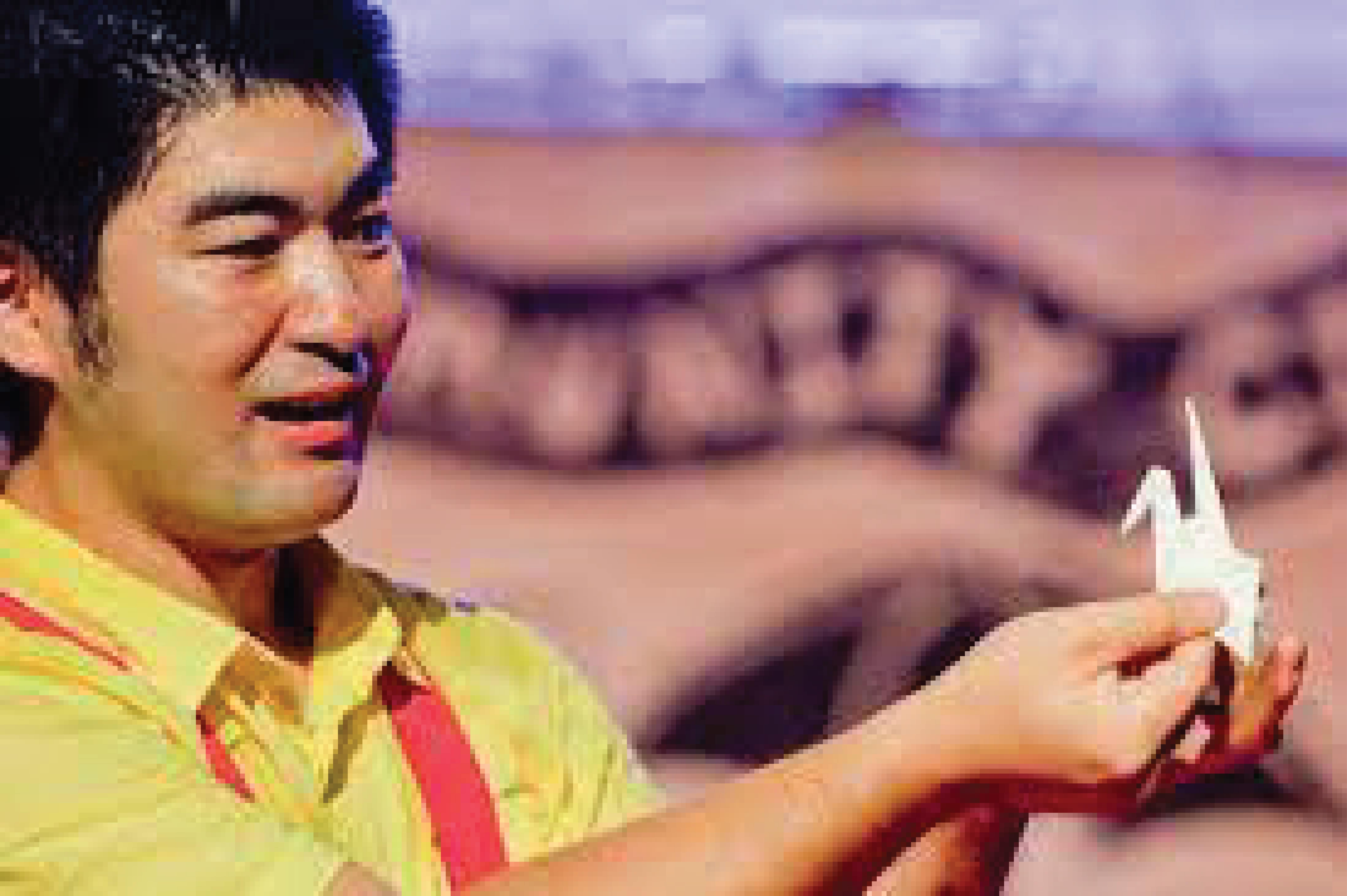 Yasu Ishida is a storyteller and magician from Ube, Japan who mixes traditional Japanese theater with music, origami, and storytelling. 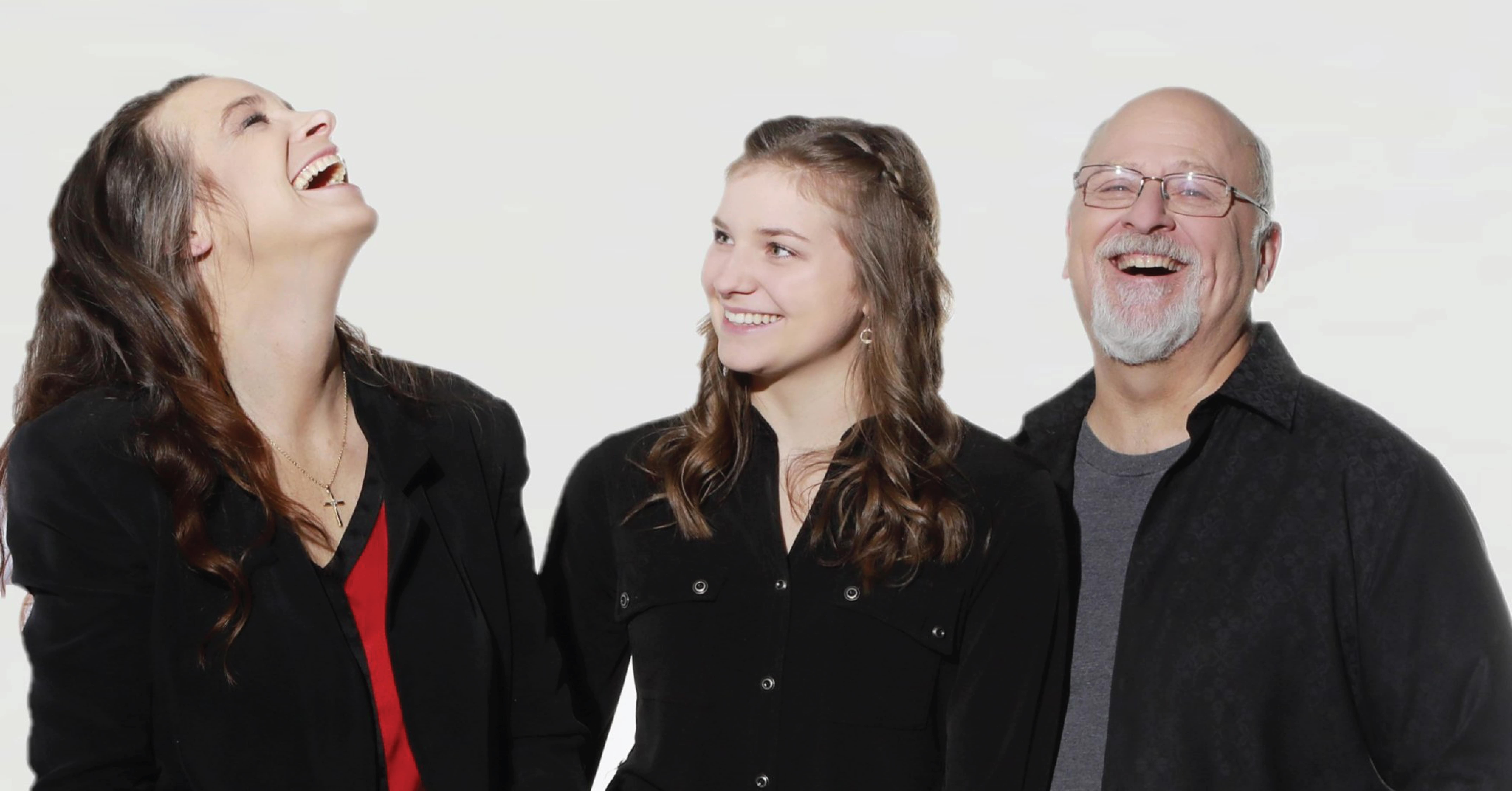 The Ozarks’ musical group Lancaster Station will perform hits from the 60s, 70s, 80s, and 2000s and will return the favor for our visiting guests, by taking their act on the road and across the world, to perform at Isesaki’s city festival later this month.

We could go on and on, but trust us… the entire weekend will be a real eye-opener to a culture most of us will only experience here at home. From ensemble drummers to martial arts demonstrations to a cosplay dance team and children’s activity areas, there’s plenty for all ages.

You won’t go hungry either, with Japanese snack tents and other concessions available throughout the weekend. At dusk on Friday and Saturday, enjoy a leisurely stroll amid hundreds of torches that will light the garden pathways. You can even purchase a wishing lantern to set afloat on a garden koi pond. Cosplay fans can go all-out on Sunday, September 11th and get in for just $3 if they show up in costume.

While you’re there, take a few minutes to learn all about Springfield Sister Cities. The 36-year relationship with Isesaki, Japan is the inspiration for the weekend celebration. In fact, half the proceeds from the Japanese Fall Festival benefit the maintenance and development of the Mizumoto Japanese Stroll Garden. The remaining proceeds benefit cultural programs that promote Springfield Sister Cities Association’s mission of “Peace through People.”

So, let’s all offer a hearty konnichiwa to our Japanese friends, and check out the full schedule for the Japanese Fall Festival HERE.

No one loves the Ozarks more than Murney Associates. Our real estate agents are here to help you navigate one of the most important decisions you’ll make. We encourage you to look at our market updates which highlight real estate trends in Springfield, MO, and the surrounding area, as well as our rankings in home sales. Thanks to our clients for making Murney Associates, Realtors the number one real estate agency in Southwest Missouri. 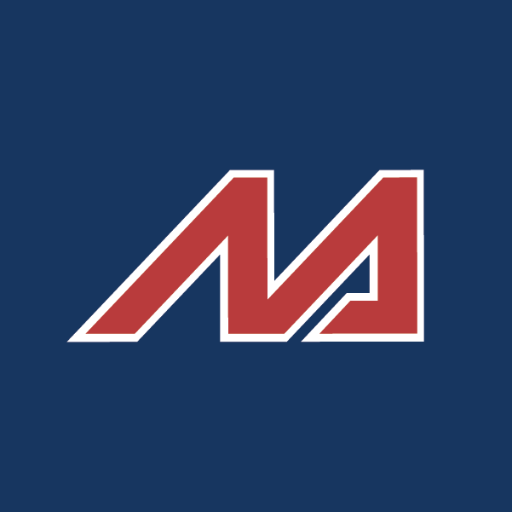 Leaves turning color…Days getting shorter…Misty mornings……And a chill in the air are all signs Autumn is headed into the Ozarks.It’s time to start prepping your

You’re probably scratching your head and asking, “What the heck is a barndominium?” But you probably won’t be surprised to find out it’s exactly what it sounds like

Springfield, Missouri is likely the last place on earth one would think to go for a dose of Japanese culture. Outside of a few Japanese restaurants and sushi hotspots, nothing around here

It’s just about time for the leaves to change color and start falling from the trees. So pull on a warm, cozy sweater, grab your favorite pumpkin spice latte or warm apple cider, and check out

By registering, you agree to our terms of use and that real estate professionals from Murney Associates, Realtors and lenders may call/text you about your inquiry, which may involve use of automated means and prerecorded/artificial voices. Message frequency varies. Text HELP for help or STOP to cancel. You don't need to consent as a condition of buying any property, goods or services. Messages/data rates may apply. Additional information about data use is in our privacy policy.